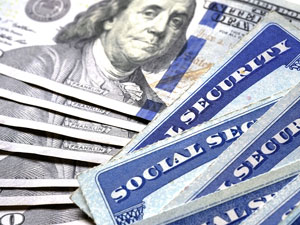 While the Chicken Littles of the world like to claim that Social Security will go bankrupt… “soon”… the agency is facing a significant shortfall over the next 20 years. This leaves the federal government with two options: cut benefits or raise taxes.

Considering that cutting benefits would have a significantly harmful financial impact on older people, who tend to vote in larger numbers than younger generations, it’s unlikely that will happen. That leaves raising the Social Security payroll tax and/or increasing the taxable wage cap.

The Shortfall: How Bad Is It?

According to the Social Security and Medicare Boards of Trustees’ annual report from last year, Social Security’s total income is projected to exceed its total cost through 2019, just as it has since 1982. After 2019, interest income and money taken out of reserves will provide the resources needed to offset Social Security’s annual deficits until 2034.

By then, if Congress does nothing, the federal government will collect enough in payroll taxes to pay about 75% of scheduled retirement benefits until 2090.

How to Plug the Gap?

As the Motley Fool pointed out in a recent article, “The most obvious would be an across-the-board increase – that is, raising the tax rate. For example, options that have been suggested are raising the Social Security tax rate by one percentage point, to 7.2%, and phasing the increase in over an extended period, such as a decade or two. According to a study by the National Academy of Social Insurance (NASI), this would take care of 52% of the Social Security funding gap all by itself.” However, with the inevitable public backlash to this, could this pass through a Republican-controlled congress and avoid a veto?

What Will the Federal Government Do?

No one knows or when, but we continue to monitor the situation along with all other tax law changes that affect your payroll and bottom line. Count with us to stay on top of it for you so that you can focus on running your business and not worrying about payroll taxes.