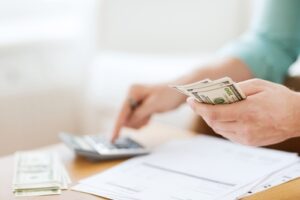 It’s difficult to forget the financial crisis of 2008, as it affected many elements of the American economy. One of the factors that contributed to the Great Recession was unbelievable salaries and bonuses paid to Wall Street Executives, while their responsibilities – like mortgage lending – were taking a serious hit. For example, Angelo Mozilo, former CEO of Countrywide Financial, made $471 million between 2002 and 2007, while the bank suffered high default rates on the mortgages it underwrote, according to the Wall Street Journal.

“Employee compensation is on the rise across the country.”

Today, the wage climate is still in a state of recovery. Executive and full-time pay isn’t the only type of compensation on the rise, however. Minimum wage is going through major changes across the country. Let’s take a closer look at the improving payment landscape:

Across the country, state legislators are altering their minimum wage laws to correlate with the cost of living in their cities. Although the current federal minimum wage is $7.25, states with their own requirements overrule the government amount. In other words, companies must pay employees the minimum wage that is more favorable. According to HR Business and Legal Resources, some of the more substantial changes that went into effect on Jan. 1 – including those that will continue to increase in years to come – are as follows:

Other salaries rebounding as well

Despite the financial struggle that came with the Great Recession, many people are experiencing recovering salaries. Bankers and other members of the one percent have witnessed at least double-digit percentage raises, according to the Federal Times. Although these executives have seen their compensation increase, lower-level workers also have something to look forward to. Employees can expect a base salary raise of 3.1% this year, a WorldatWork study found. While top performing workers will see increases to their salary higher than merit, low-level employees may not experience as much of a difference. Pressure for higher wages will continue as the economy continues to bounce back.

People’s wages are on the rise across the country. Both minimum wage and full-time salaries are seeing increases as states adjust compensation due to cost of living and the country recovers from the 2008 financial crisis.Contact us to learn about payroll, HR, HCM, benefits, and time clock services