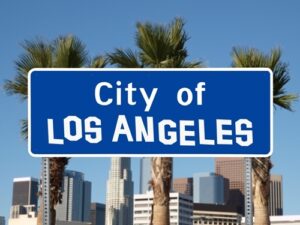 Companies and their human resources teams have a number of requirements they must adhere to. Of course, these obligations differ by local, state and federal laws, but are important nonetheless. Employers in California are the most recent example of organizations having to be aware of multiple levels of compliance. Many cities in the Golden State have enacted their own distinctive sick leave laws. Let’s take a closer look: 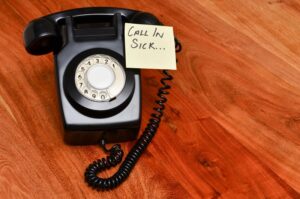 Sick leave laws can differ by city and state.

Los Angeles is the newest

There are a number of cities within California that have enacted laws that extend the state’s amount of employee sick leave, including San Francisco, Oakland, Emeryville, San Diego and Santa Monica. Los Angeles is the most recent city to do the same, doubling the benefit for workers operating at least two hours within city limits or the unincorporated areas of Los Angeles.

The ordinance was approved on June 2, 2016 and went into effect on July 1, 2016. The law gives people the ability to accrue and use up to 48 hours – or six days – of sick leave. California law gives employees only 24 hours – or three days – each year. This regulation is mandatory for all employers regardless of size.

While the change in Los Angeles is substantial, it is much less than the 72-hour cap introduced for businesses in Santa Monica and San Francisco. Companies in LA can allow workers to accrue their sick leave – usually by pay period – or can provide the complete 48 hours in a lump sum upon hiring. Unused time can then be carried over into the next year.

An increase in minimum wage

In addition to the change in Los Angeles’ sick leave law, the city also altered its minimum wage rules. The new regulation – which also went into effect on July 1 – increased the rate from $10 to $10.50 for employers with 26 or more workers. This is the first step in raising the minimum wage to $15 by 2020 for similarly sized organizations. An additional year to reach the $15 amount has been added to the plan for businesses with 25 or fewer employees as well as nonprofit corporations with 26 or more workers. The annual increases are as follows, according to the Office of Wage Standards:

It’s crucial for companies within the state of California to understand not only state laws, but those enacted by the cities in which their employees operate as well. Violations of this new Los Angeles regulation can result in fines based on each employee and day that an organization is not in compliance, according to Littler Mendelson, P.C. The per-violation fee via civil enforcement totals $120 per worker per day.

It’s important to note also that employers can retain other paid leave policies already in place – like vacation, sick, floating holidays or personal days – and still satisfy the requirements set forth by the Los Angeles ordinance. Those practices must meet or exceed the accrual obligations set forth by the regulation and enable workers to utilize the leave for the same reasons and under the same conditions as that offered under the new law.

“Companies have to make sure the unincorporated area their workers are operating in is covered under the new ordinance.”

For employers with workers operating in Los Angeles and its covered unincorporated areas – which can be found here – there are a few other steps they should take to become fully compliant:

Organizations required under the Los Angeles ordinance to provide paid sick leave must notify their workers of the benefit. While in-person discussions and question-and-answer sessions are helpful, government-provided notices are mandatory. These documents, developed by the Office of Wage Standards, must be posted in visible workplaces or other job sites. Notices must be written in English and any other language spoken by at least five percent of the employees at that location.

In addition to displaying notices containing helpful information, employers must also keep all worker records for at least four years. This documentation could be requested for tax and compliance purposes. Furthermore, organizations should give new workers information containing their employer’s name, address and telephone number in writing upon their hiring.

The new Los Angeles sick leave law is a perfect example of how regulations can differ from state to state. It’s critical for organizations to remain cognizant of the fact that these laws can change over time, and that they must stay compliant to avoid expensive violations and disgruntled employees.Contact us to learn about the California sick leave law and payroll, HR and HCM services