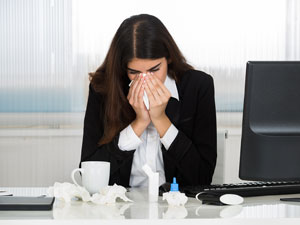 After four years of battles, the Maryland state legislature passed The Maryland Healthy Working Families Act on April 5, 2017. The bill is expected to survive the veto threatened by Governor Hogan, and is part of a growing trend of paid sick leave legislation passed here in California and six other states and several other localities across the country.

In California, the Healthy Workplaces, Healthy Families Act of 2014 was enacted on July 1, 2015. It requires that employers of all sizes (not just 50 employees or more) accrue one hour of paid sick leave for every 30 hours worked for every employee. Additionally, paid sick leave must carry over from year to year but employers can cap the accrual at 48 hours and limit an employee’s use of sick leave to 24 hours per year.

Where Do You Stand?

According to the Maryland Reporter, some Maryland businesses and nonprofits are strongly opposed to the burdens of compliance, which would result in additional costs and harsh fines for honest mistakes.

“The penalties in this bill are one of, if not the most draconian in the nation,” said Mike O’Halloran, Maryland director of the National Federation of Independent Business. “The record keeping, the penalties and the enforcement… is why there is such strong opposition to this bill.” O’Halloran said many businesses can’t afford the mandate. “Even proponents of this bill agree that… a majority of businesses in Maryland already offer some form of paid sick leave. Those that do not offer this benefit do not because they cannot and that’s a simple fact. Mandating that employers provide the benefit does not change that fact.”

If you’re an employer in California, how has paid sick leave affected your business? Are you in support of the law as is, or do you believe it should be revised to reduce the burden of reporting and penalties?

The good news: California law states that an employer is not to be assessed any penalty or liquidated damages due to an isolated or unintentional payroll error, a clerical written notice error, an inadvertent mistake regarding accrual, or available use of paid sick leave.

If you’ve been fined for paid sick leave violations, or fear that this could happen to you, we recommend that you work with a payroll provider. This can ease your burden by doing all the accruing of paid sick leave and reporting so that you don’t have to provide an upfront grant of sick leave just to avoid tracking it every payroll period.

Payroll providers can also help you ensure your payroll is handled flawlessly, that your payroll taxes are paid properly, help you take advantage of HCM software, and handle all of your other payroll needs.Contact us to learn more about avoiding paid sick leave penalties