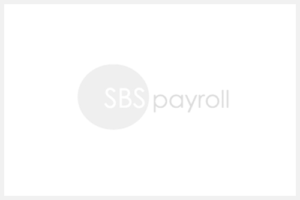 A draft of the new 2019 Form W-4 has been released by the IRS to comply with the new Tax Cuts and Jobs Act (TCJA) created in December 2017.

The American Payroll Association (APA) is encouraging employees to file a new, updated W-4 Form for 2019, as both the form and the method of calculating withholding amounts will change significantly next year. The IRS is also urging taxpayers to do a withholding checkup to be sure that they don’t end up paying penalties.

The checkup is more important for taxpayers who meet one or more of the following criteria:

Changes in the early draft include the changes to the process for claiming allowances and an additional section for more accurate withholding.

Rather than claiming allowances according to filing status on a separate form, the draft of the 2019 W-4 Form has checkboxes on Line 3 of the worksheet so that allowances can be automatically calculated.

In addition, three new lines for optional information address nonwage income not subject to withholding, itemized and nonstandard deductions, applicable tax credits, and total income between households or the total pay of multiple or lower-paying jobs.

For employees who do not wish to provide the additional information, the IRS offers the alternative of the IRS withholding calculator to determine any additional withholding amounts that should be reported.

The new W-4 Form draft also instructs employers on using older W-4 Form data for the new 2019 withholding method. The withholding tables and formulas provided in the Employer’s Tax Guide have been adjusted to take older forms into account.

After the early draft was released, the APA submitted detailed comments on the 2019 W-4 Form to the IRS. They also requested that the IRS publish the final version by the end of August so that business will have enough time to upgrade their software and payroll systems. Other important comments from the APA include:

Prepping for 2019 Tax Changes with SBS

It’s going to be a year of change for businesses of all sizes, and it’s never too early to start preparing.

SBS Payroll offers a comprehensive portfolio of payroll offerings and a full suite of HR support services and software. With access to federal, state and local employment and wage laws, a Q&A database and library of HR articles and quick guides, and payroll and HR experts ready to answer any questions, we’ll make sure you’re ready for the next tax year.