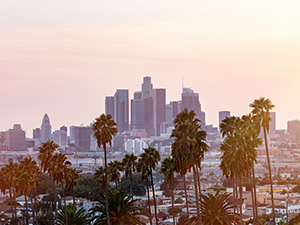 Updated for 2019: FUTA rates drop due to first surplus in 11 years

A stronger economy has pushed California back into the black for federal unemployment insurance loans, which brought the state federal unemployment tax (FUTA) rates back to the minimum rates at the end of last year. Like Biggie, minimum FUTA rates are going back to Cali on the 7:30 flight.

The state’s Employment Development Department (EDD) reported that the state’s Unemployment Fund balance ended 2018 with a positive balance of $2.3 billion, higher than the $2.1 billion that was expected. It was the first time the fund has seen a positive balance since 2008 and indicated a return to full credit status, which reduces the amount of federal unemployment insurance that California employers pay. California ended 2017 with a deficit of $1.1 billion in its unemployment fund but is projected to reach a positive balance of $2.8 billion by the end of 2019 and $3.2 billion by the end of 2020, according to the forecast.

The California Assembly recently passed a bill that would narrow the circumstances under which an employee could be classified as an “independent contractor” – outside of the labor protections and benefits that employees get. If it succeeds, the bill could affect hundreds of thousands of employees throughout the state, including Uber drivers, who filed suit against the company in 2013.

If it passes the California Senate and is signed into law, the provision would require employers to show that a worker has an independent business, is doing work that is outside of the central business of the employer and is not subject to the company’s control in order to classify a worker as an independent contractor. If they can’t, then the worker will have to be classified as an employee, covered by minimum wage laws, health care benefits, and employer payroll contributions towards FUTA and social security. Analysts at Barclays investment bank estimate that reclassifying the drivers may cost Uber $500 million and Lyft about

The table above from qz.com shows the estimated additional cost per driver in accordance with the new rule for each company

Turnaround Could Be Temporary

As unemployment falls, the state’s benefit payments are projected to level off. But, the EDD warns, the turnaround could be temporary. “If changes are not made to the current financing structure, the UI Fund may be unable to self-correct and achieve a fund balance sufficient to withstand an economic downturn,” the forecast warns.

Currently, only California and the U.S. Virgin Islands are subject to a reduction in that credit, which means that employers in those jurisdictions pay unemployment insurance taxes at a higher rate than the rest of the country.

That meant that California employers were taxed up to $147 more, per employee, in federal unemployment taxes for the 2017 tax year, according to the California EDD.

Since California ended the year with a positive balance in 2018, no reduction was assessed, which brought the tax rate down to the minimum rate of 0.6% on the first $7,000 each employee earns, or $42 per employee.

Whatever the forecast brings, your payroll processes have to be able to keep up. At SBS Payroll, we have been helping California businesses do payroll right for more than two decades. That means doing a lot more than just payroll. Our clients also have access to comprehensive HR support, in addition to time and attendance and payroll tax expertise available through our sister companies, Time Rack and Payroll Tax Management.

Our clients sleep well at night knowing their needs are covered across the entire landscape of compensation services no matter what the forecast.

Call us to find out how you can benefit from state-of-the-art payroll technology, first-rate customer service and a range of expertise you can’t outgrow. We’re the whole package.Contact Us to Learn More about SBS Payroll